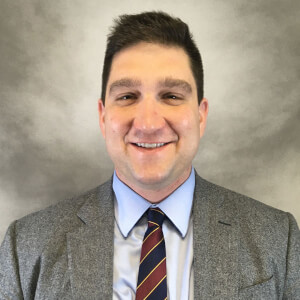 Justin is a native of Huntington, WV and a graduate of Marshall University with a BA in accounting. He is a CPA and has over nine years’ experience in accounting and finance. Justin began his professional career at First Guaranty Bank, headquartered in Hammond, LA, where he started as a credit analyst and eventually moved into a finance and accounting role, and then was promoted to director of financial reporting. This role was responsible for financial reporting internally as well as to the SEC, FDIC, and the Federal Reserve.

In April 2014, Justin became the CFO at Champion Industries, Inc., a publicly traded company, headquartered in Huntington, WV. Champion is the parent company of several divisions in the commercial printing and office supply and furniture industries. Champion has locations throughout West Virginia as well as a division in Evansville, IN and Baton Rouge, LA.

After helping Champion become a private company, Justin took time to pursue an entrepreneurial endeavor. While he was able to make some headway with this startup, he wanted to get back to what he knew best, accounting and finance, and join a company that was growing and had a bright future. That is what brought Justin to the Controller role at United Talent.

Justin is currently living in Huntington with his wife, Jessica, and son, Thomas, and they will welcome their daughter Lillian in December 2018. Justin and his family are excited to be part of and grow with the United Talent family.